The Prop 8 Federal Challenge Trial Could Be Televised – Sign the Petition to Make it Happen! 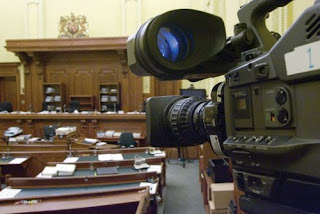 Supporters of Proposition 8, which took away the right of same-sex couples to marry in California, are fighting to keep televisions out of the courtroom when the law is challenged in federal court.

The court just announced that it is seeking public comment on the proposal to televise the trial, and that all comments must be submitted to the court by Friday morning. Timing is urgent because the federal court challenge to Prop 8 starts this Monday, January 11.

Not surprisingly, supporters of Prop 8 — which took away the right of same-sex couples to marry in California — do not want the trial to be televised.

Proponents of marriage equality, including attorneys David Boies and Ted Olson, are seeking to televise the case in the interests of full transparency. They want this historic trial to be watched by as many Americans as possible. And, of course, we agree.

Click here to say yes to televisions in the courtroom and shine a bright light on opponents of marriage equality.