A Decade of Progress and Setbacks

A scorecard on the progress and setbacks we've made as a community over the past 10 years has just emerged.


The highlights? In 10 years, our country has...
-Passed gay marriage in 5 states

-Outlawed discrimination based on sexual orientation in 10 states

-Discharged thousands of members of the military under "Don't Ask, Don't Tell" 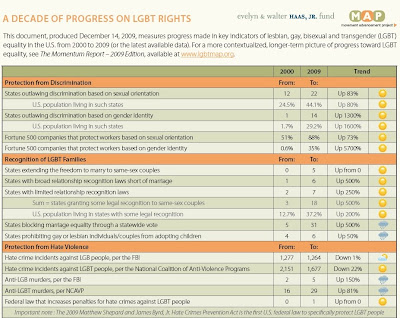 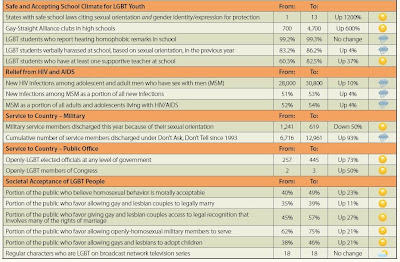