POLL: Should fueling the economy be used as a reason to promote marriage equality? 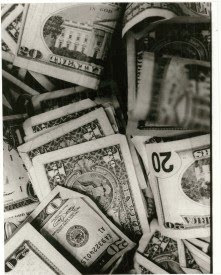 D.C.'s Office of the Chief Financial Officer crunched some numbers based on census data and what's happened in other places that have legalized gay marriage. Analysts predict as many as 20,000 gay couples might come to D.C. to get married over the next three years. That could bring as much as $33 million to the district, including $3 million in taxes.

A study by the Williams Institute at UCLA's Law School puts the numbers even higher: $52 million in spending and $5 million.

The estimates differ for several reasons. The Williams Institute used a higher tax rate, and the OCFO estimate assumed a lot of wedding money would be spent outside the district, and that wedding spending might crowd out other spending.

"The fact is that both studies agree that tens of millions of dollars will be spent in the district that wouldn't be spent otherwise," says Lee Badgett, who directs the Williams Institute.

Massachussetts was the first state to legalize gay marriage. "We have absolutely seen benefits; Massachusetts tourism is doing very well and we think this is one reason," says Betsy Wall, head of the state's tourism bureau.

Marriage equality, as she puts it, gives the state a progressive image that draws people of all stripes.

What do you think? Should fueling the economy be used as a reason to promote marriage equality? VOTE by commenting below.