LGBT Buying Power in the U.S. Grows to $743 Billion 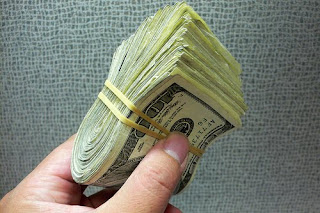 The buying power of the U.S. LGBT adult population in 2010 is projected to be $743 billion, according to a study by both Witeck-Combs Communications and Packaged Facts.That's an $11 billion increase over last year. The 2010 projection is slightly less than some earlier estimates due to the continued lagging economy and jobs market.
“Buying power projections are frequently a standard business measure for companies and policy decision-makers. This offers us a reasonable snapshot of the projected annual economic activity of America’s diverse gay, lesbian, bisexual and transgender population even in this faltering economy,” said Bob Witeck, CEO of Witeck-Combs Communications.
Posted by Brian Stout at 7/22/2010