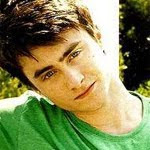 `Harry Potter` star Daniel Radcliffe will star in new campaign to wipe out homophobia and encourage tolerance towards all sexual orientations.
The 20-year-old actor is filming a public service announcement on behalf of the Trevor Project, a foundation that provides support for members of the LGBT community at suicide risk, reported a news website.
"I grew up knowing a lot of gay men, and it was never something that I even thought twice about - that some men were gay and some weren`t. And then I went to school and (for) the first time, I came across homophobia. It shocked me," said Radcliffe.
The British actor hopes that his star power will make people prejudiced against homosexuals pay attention to the PSA, which will go on air in the US this spring.
"I think it`s important for somebody from a big, commercial movie series like `Harry Potter`, and particularly because I am not gay or bisexual or transgendered. The fact that I am straight makes not a difference, but it shows that straight people are incredibly interested and care a lot about this as well," he said.
Read more about the Trevor Project here.
Posted by Brian Stout at 3/01/2010