Frightening: Focus on The Family to Air Super Bowl Ad 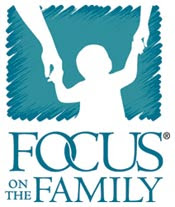 This is unbelievable. Focus on the Family, one of the most dangerous and despicable organizations in existence, will be joining the ranks of some of the country’s most respected and wealthy marketers by airing a TV ad in the upcoming Super Bowl. The organization has survived largely over the past several decades on its ability to brainwash middle America into thinking that gay people are sinful and can be changed. Because of this, I hold them accountable for countless suicides of LGBT children and teenagers in the U.S. Anybody who's seen the movie "For the Bible Tells Me So" has seen this first hand.

Be scared. If you've seen how your rights can be voted on and taken away like they were with prop 8, you should be very scared right now. What's next from them in 2011? An ad against gay marriage? Adoptive rights? Why is it that in 2010 such a hateful organization that has caused damage of such drastic magnitude can have that much money to throw away? Can you imagine if a white supremacist group raised that much money in the name of bringing back segregation? Hey, it could happen. Majority rules, right?

Maybe I'm getting ahead of myself, but keep in mind how powerful this group is. The Human Rights Campaign is the largest group in the country advocating for LGBT equality, and they have 750,000 members. Focus on the Family has 2.3 million. Scared now?

More about their Super Bowl ad is here.