A Major Breakthrough in HIV/AIDS Prevention 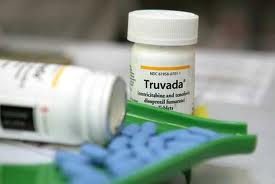 Scientists have an exciting breakthrough in the fight against AIDS. A pill already used to treat HIV infection turns out to be a powerful weapon in protecting healthy gay men from catching the virus, a global study found. Daily doses of Truvada cut the risk of HIV infection between 44 and 73 percent.
Researchers had feared the pills might give a false sense of security and make men less likely to use condoms, but the opposite happened -- risky sex declined.
Because Truvada is already on the market, the CDC is rushing to develop guidelines for doctors using it for HIV prevention. Nonetheless, this doesn't mean gay and bisexual men should throw out their condoms. It's always best to be safe, but this is still a major breakthrough.
This is the third AIDS prevention victory in about a year. In September 2009, scientists announced that a vaccine they are now trying to improve had protected one in 3 people from getting HIV in a study in Thailand. In July, research in South Africa showed that a gel spiked with an AIDS drug could cut nearly in half a woman’s chances of getting HIV from an infected partner.
Truvada is made by California-based Gilead Sciences. No word yet on when the drug will become widely available and cost-effective (generic) as a preventative measure.
Posted by Brian Stout at 11/27/2010

Email ThisBlogThis!Share to TwitterShare to FacebookShare to Pinterest
Labels: HIV/AIDS