Update: Ad Had No Affiliation With Campbell's Soup 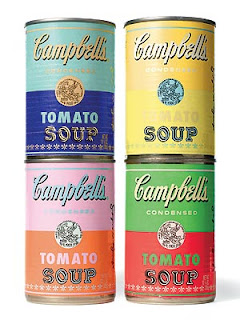 Request Foods has issued a statement indicating that they did not in fact sponsor the ad, but one of their private investors did. Apparently it was a misprint. Cambell's Soup has confirmed this and expressed how upset they were by the ad. I am sorry that Campbell's faced any backlash for this, as it looks like neither they nor Request were aware of the ad. So let's focus our efforts on Target and Best Buy, and in the mean time, keep eating Campbell's Soup! Mmmm, mmmm good (and good about diversity too).


On July 23, a paid advertisement appeared in the Holland Sentinel addressing the issue of homosexuality as a civil right. The ad inaccurately stated that it was sponsored by Request Foods. Request is a privately held company with multiple investors. The ad was paid for by one of these investors without our management team's knowledge or permission. The opinions expressed in the ad do not reflect Request Foods' views and the ad should not have included our company name.
Request Foods is a leading co-packer of frozen prepared entrees, side dishes and specialty items. For over twenty years, our company has been comprised of people from various races, nationalities and backgrounds. Integrity, respect and teamwork are core values of our company. As a good corporate citizen, we also strive to be honest, fair, courteous and professional in all that we do.
Posted by Brian Stout at 8/06/2010