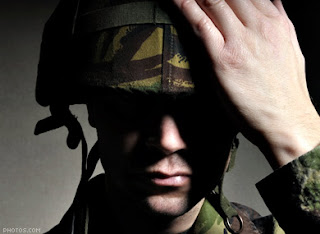 Servicemembers Legal Defense Network launched a new media campaign today in the fight to repeal “don’t ask, don’t tell” this year. Every weekday morning as the markup of the Defense Authorization bill approaches in the Senate and House Armed Services Committees, SLDN and a coalition of pro-repeal voices will share a letter to President Barack Obama from someone impacted by the discriminatory law. The campaign is called, "Stories from the Frontlines: Letters to President Barack Obama."
"This is a critical hour as we're very close to reaching the 15 votes needed to include repeal to the Defense Authorization bill," said Aubrey Sarvis, executive director for Servicemembers Legal Defense Network. "We are just two or three votes away and we urge the President to engage now and help us line up key votes still needed to get DADT repealed this year. By people sharing their personal stories on how this terrible law has impacted them, we can send a powerful message to the President and our own community as we build momentum going into this crucial vote."
People are encouraged to visit the campaign page, where they will be able to read the daily letter and take action. Actions including sending a letter to members of Congress, sharing personal stories about DADT, and posting the daily letter to the Facebook and Twitter accounts. BrandFabulousness is among a growing list of LGBT blogs helping to spread the word.
Major Mike Almy of the United States Air Force wrote the first letter for Monday. He describes his discharge after distinguished service in Iraq because e-mail to the man he loved was found on his computer.
“Despite this treatment,” writes Almy, “my greatest desire is still to return to active duty as an officer and leader in the United States Air Force, protecting the freedoms of a nation that I love; freedoms that I myself was not allowed to enjoy while serving in the military.”
Posted by Brian Stout at 4/26/2010