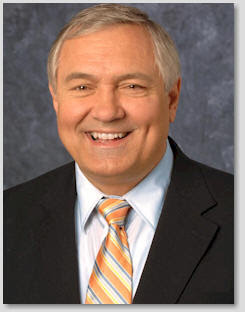 This is Andy Martin, the Republican Illinois Senate candidate who aired a radio ad questioning the sexuality of his primary opponent (and U.S. Congessman) Mark Kirk. During the advertisement Martin says that there is a “solid rumor that Mark Kirk is a homosexual.” It goes further to say that Kirk is part of a “Republican Party homosexual club” and that Kirk should come clean about these accusations.

Kirk campaign manager Eric Elk issued a statement saying the ad "is degrading to the political process. The people of Illinois deserve better."