The Business Case for LGBT Inclusion 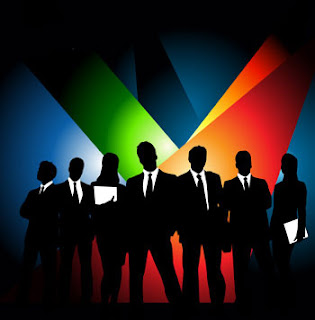 Thought this was a nice article by Mark Kaplan from Diversity Executive that would be worth sharing to my readers:


The driving force behind the LGBT (lesbian, gay, bisexual and transgender) civil rights movement is fair and equitable treatment. For companies, a key driver is a compelling business case. There are four elements to the business case for LGBT inclusion:
Legal: The legal environment is evolving. More and more countries are establishing legal protections for LGBT employees. In the United States, while there is no federal law in place, 21 states and several municipalities have laws against workplace discrimination based on sexual orientation, covering more than 150 million Americans.
Most of the nations of Western Europe, as well as South Africa, ban discrimination based on sexual orientation. In Hong Kong, a similar ban on workplace discrimination has been discussed but not yet passed, and India recently decriminalized same-sex sexual behavior. While laws don’t necessarily create the most compelling business case — with the exception of avoiding discrimination claims — a legal framework is often the starting point for inclusion.
Recruitment and retention: Successful global companies are continually working to attract and retain the best staff. Given that LGBT employees are 5 to 10 percent of the working population, it has become increasingly important to be able to show both a favorable reputation and a solid track record of inclusive practices to attract this increasingly visible segment of the workforce. LGBT visibility is rising in most major business centers across the world, even in places traditionally hostile to the notion of equality based on sexual orientation.
The millennial generation has grown up with positive images of LGBT people; thus their attitudes are far more inclusive. As organizations compete for these highly skilled newer entrants to the workforce, it will be important to demonstrate inclusive policies.
LGBT employees are more likely to stay with employers who practice inclusion. Stonewall Institute in the U.K., a counseling and research firm, found that LGBT employees who are able to be “out” at work are less likely to leave. In a 2009 study by nonprofit inclusion association Catalyst, researchers found LGBT employees working in organizations with effective and inclusive diversity practices believed they had better workplace relationships, as well as greater organizational commitment and career satisfaction, than LGBT employees working in organizations without them.
Productivity and performance: Productivity suffers when LGBT employees are on guard, worrying about the consequences of exposing such basic parts of their lives as family and personal relationships. When an organization is clear and proactive about having an inclusive environment, LGBT employees can put all of their energy into work tasks.
A recent study conducted by Stonewall Institute revealed that LGBT employees who are able to be out at work are 20 to 30 percent more productive. Moreover, the Catalyst study found that LGBT employees who work in organizations with employee networks, resource groups or mentoring programs are anywhere from 7 to 16 percent higher in their workplace experience scores. Feeling safe to be out at work is critical to being able to build important workplace relationships.
Marketplace: Numerous studies have documented the financial opportunity presented by the LGBT market. For instance, LGBT buying power is expected to reach $845 billion in 2011, according to research by public relations firm Witeck‐Combs and consultancy Harris Interactive. Moreover, 89 percent of LGBT respondents to a 2006 poll by Harris Interactive said it’s important for employers to have nondiscrimination practices.
Mark Kaplan is president of MGK Consulting LLC, an international consulting practice headquartered in the U.S. He can be reached at editor@diversity-executive.com.
Posted by Brian Stout at 12/16/2010