Awesome idea. In an effort to present Vienna as an open-minded city and to improve traffic safety, traffic signals depicting same-sex couples have been installed all over the city, attracting the attention of drivers and pedestrians.
Posted by Brian Stout at 5/17/2015 54 comments: 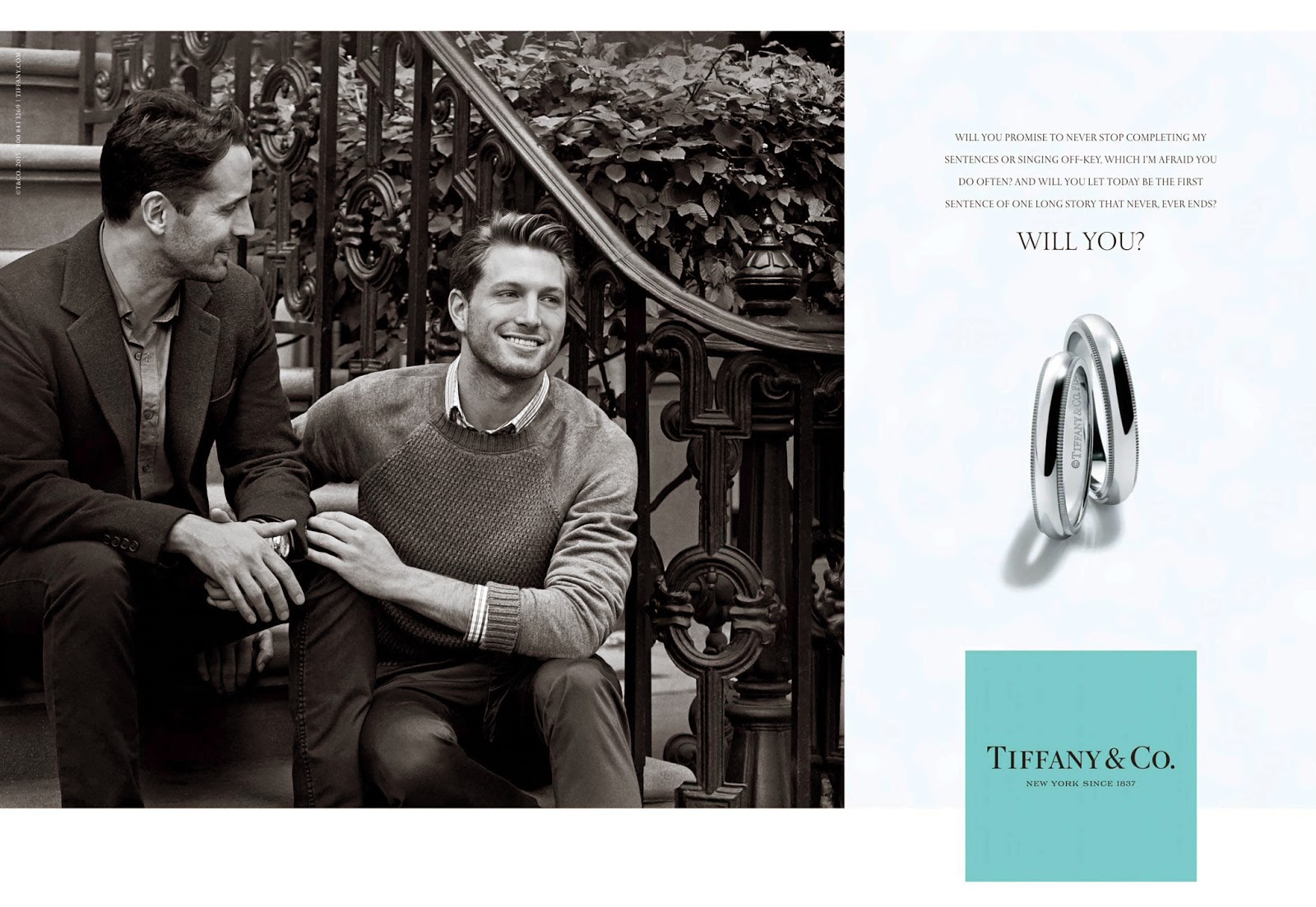 For the first time in the company's history, Tiffany has included a gay couple in their advertising. The campaign, called "Will You?", features real couples at different stages of their relationship. The campaign comes from Ogilvy & Mather in New York.
Posted by Brian Stout at 1/18/2015 16 comments:

Allstate Insurance - long known as a champion of LGBT causes and believing everyone deserves to be in good hands - has created a breathtaking film in celebration of Pride. The video features the song "Safe in My Hands" by singer/songwriter Eli Lieb, who's perhaps best known for his 2013 hit "Young Love." The film and song are going viral for good reason - they're both outstanding. They celebrate the true meaning of pride - not feeling different, vulnerable or ashamed because of who you are - but accepting who you are and living your life openly. To download the song and participate in Allstate's #OutHoldingHands effort, check out their LGBT site: http://lgbt.allstateonline.com/
Posted by Brian Stout at 6/19/2014 3 comments: 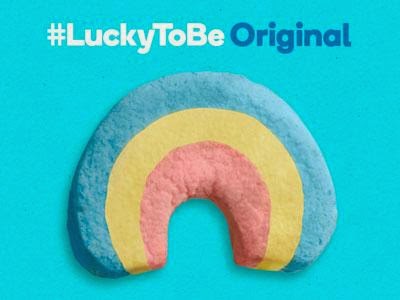 Lucky Charms is back this year with their #LuckyToBe campaign celebrating our differences that make the world colorful and interesting. This is one of my favorite efforts. While not explicitly or exclusively an LGBT campaign, the timing and tone seems spot on for the youthful brand. General Mills scores a perfect 100 on HRC's Corporate Equality Index.

And their awesome response to the hate mail: 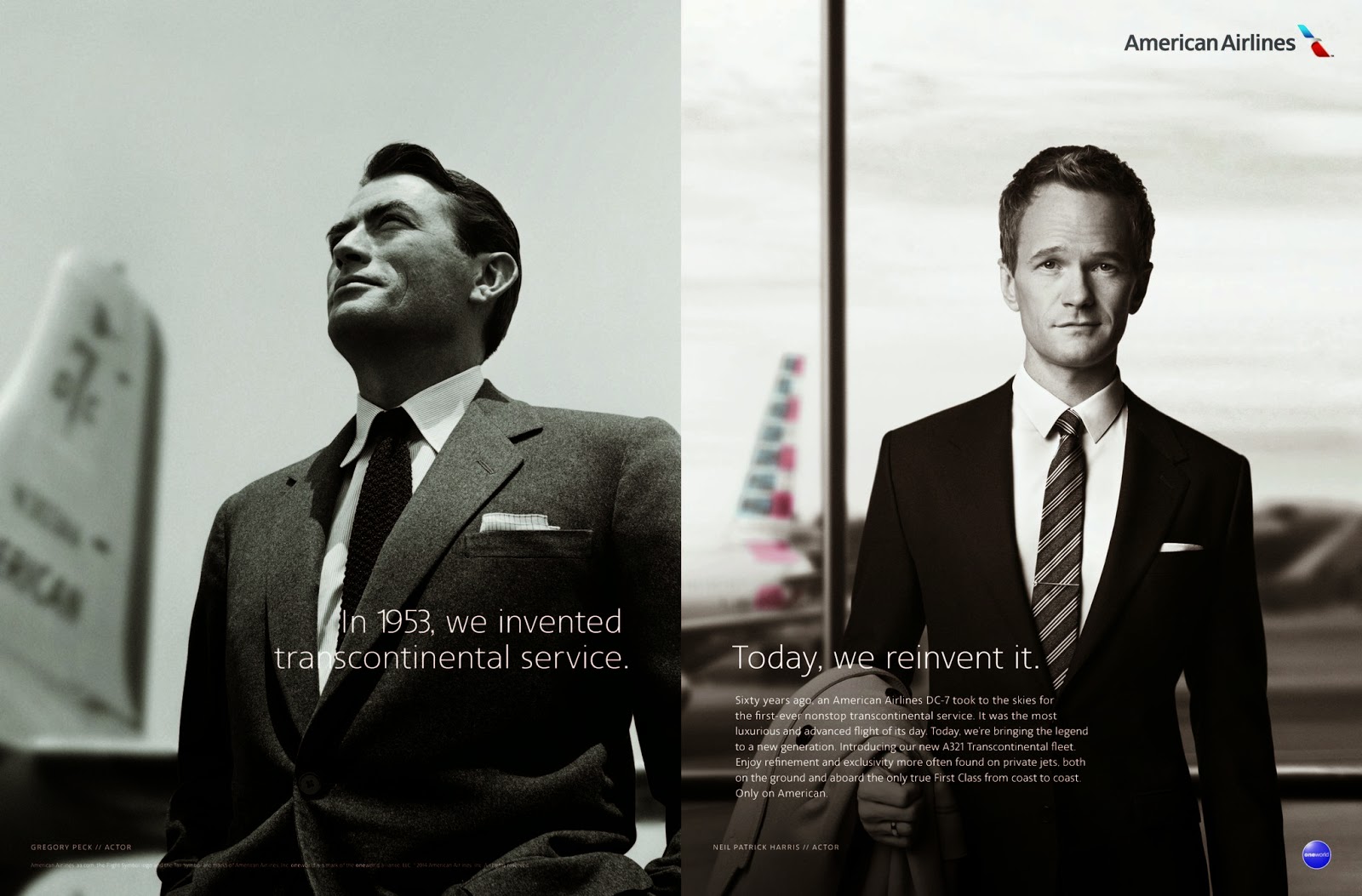 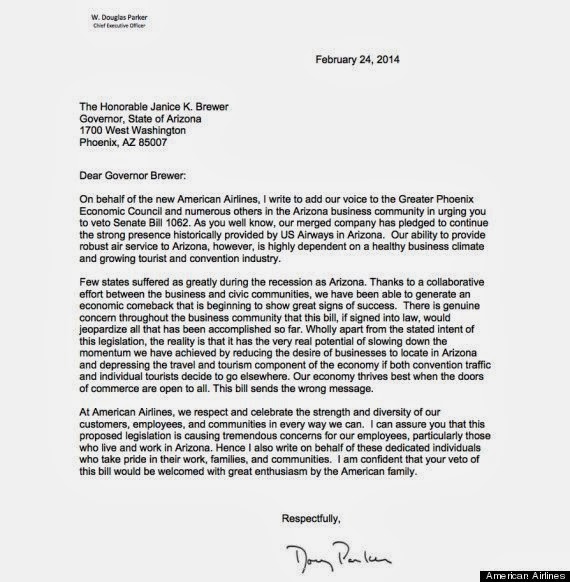 Now airing during the Olympics.

Coca-Cola: My Take on The Super Bowl, The Olympics, and the Opportunity

Kudos to Coca-Cola. The company broke history a few days ago by being the first brand to feature a same-sex couple in a Super Bowl commercial. In case you missed it, here it is:


While I enjoyed the commercial seeing it live, I didn't particularly notice the scene of the gay couple. Maybe I wasn't paying close enough attention. Maybe the scene was too quick. Or maybe I'm just so used to it that i didn't phase me. Or maybe it was a combination of multiple factors. Nonetheless, I like the spot - and Coca-Cola - even more now. And so do many LGBT groups and supporters here and aroung the world. But the spot sparked both positive and negative reaction. Here's just a sampling:
Perhaps my favorite response was from this reporter who criticized the critics of the ad by pointing out what the above article did - that the songwriter of "America the Beautiful," Katherine Lee Bates, was a lesbian:

Still though, some in the LGBT community see Coke's effort as one to try and combat the negative press they received from supporting the Olympics. And if you live under a rock, the Olympics are being held in Russia, a country with very anti-LGBT laws including a law against gay propoganda. Because apparently our "choice" to be gay is something we can be persuaded into as children. Get real.

But even if Coke is trying to do something nice for the LGBT community to combat the bad press surrounding the Olympics, my response is... bravo and thank-you. It's something pretty big. And after all, Coke's Olympic marketing isn't a celebration of Russia - it's a celebration of the Olympics, something the Coca-Cola brand has long been known for. Pulling out of the Olympics wouldn't be right for the brand, wouldn't be fair to the many LGBT Olympic athletes or to the billions of Olympics fans around the world. Nonetheless, many LGBT activists are angry at Coke and even boycotting the brand through campaigns like DumpCoke.

So what can Coke do? The bottom line to the critics within the LGBT community is that Coke's endorsement still supports Russia both by association and in more tangible ways. So I believe there is just one more step Coke must take: Issue a simple statement distancing your brand from Russia's anti-gay policies and denouncing them.

Coca Cola is the world's most iconic brand. It's in the hands and bodies of more people in more places every day than any other brand. They have a platform not just to support the global LGBT community, but to elevate and invite more people into the conversation about equality and human rights around the world. And wouldn't that be an amazing thing for a brand like Coke to accomplish?

Not to mention, the very culture of the Coca-Cola company is a model for inclusiveness and pro-LGBT policies - so much so that they have a perfect 100 rating from the Human Rights Campaign, the largest LGBT advocacy organization in the United States.

Coca-Cola has done something amazing and historic not just in the Super Bowl spot it aired, but in the culture of inclusiveness and happiness it has created both internally and around the world. All they need to do to seal the deal is take a lesson from AT&T by posting their stance against Russia's policies on their corporate blog or website. Coke: The world is rooting for you.
Posted by Brian Stout at 2/06/2014 4 comments:

...because 2,000 of them just gathered in a stadium in Stockholm to sing the Russian national anthem in support of LGBT Russians.

Richard Branson: No Business With Ugnada 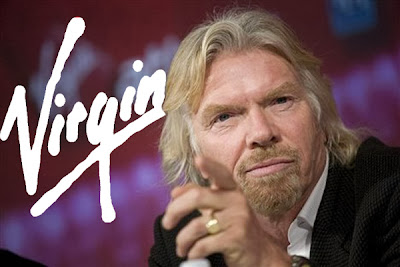 In a recent blog post, Sir Richard Branson condemned Uganda for recently passing a law that severely criminalizes homosexuality. Originally dubbed the "Kill the Gays" bill, the death penalty was ultimately dropped from the law, but it does call for life imprisonment in most cases if found guilty. In his post, Branson says "the dreadful witch hunt against the gay community and lifetime sentences means it would be against my conscience to support this country." He also urges other businesses to take a stand by not doing business with Uganda. Uganda's "Kill the Gays" bill was supported by Tony Perkins, president of the "Family Research Council" in the United States.
Posted by Brian Stout at 1/04/2014 5 comments: 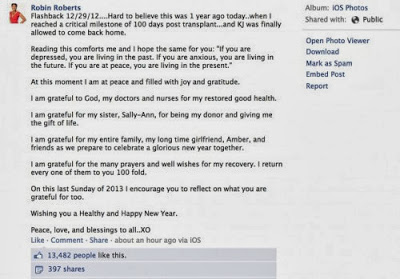 Good Morning America Anchor Robin Roberts came out today on Facebook, in a post acknowledging her longtime girlfriend. Roberts recently battled cancer and a bone marrow transplant and has long been an American household favorite in the morning show timeslot. In 2012, she did an interview with President Obama where he embraced same-sex marriage publicly for the first time (which would have been awesome had she came out then). Many have long known Robin Roberts was gay, but like Anderson Cooper, she kept it quiet for quite some time, until today. So far, Roberts has received an overwhelmingly positive response on Facebook. It will be interesting to see if it is brought up on the air at all. Congratulations, Robin. We love you and welcome you out of the closet!
Posted by Brian Stout at 12/29/2013 2 comments: 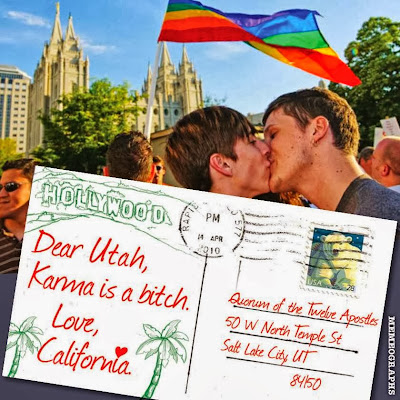 Email ThisBlogThis!Share to TwitterShare to FacebookShare to Pinterest
Labels: marriage 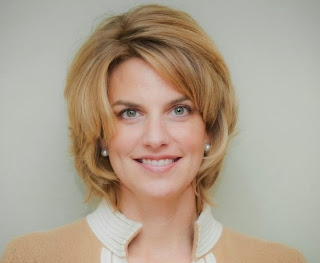 GLAAD has named Sarah Kate Ellis its new CEO and President. Sarah Kate is an established media executive known for growing magazines like Real Simple, Vogue, and InStyle. She most recently was a VP of global marketing at Martini Media. In 2011, Ellis co-authored a memoir with her wife, Kristen Ellis-Henderson, titled “Times Two, Two Women in Love and the Happy Family They Made," released by Simon & Schuster. The autobiography chronicled their simultaneous pregnancies and road to motherhood.


"While our community has made great strides in recent years, our movement has an important and critical journey ahead," said Sarah Kate Ellis. "Together with our dedicated staff, I will push for a culture where everyone in the LGBT community is fully welcomed and respected by our neighbors. I look forward to leading GLAAD and creating a world where LGBT people and our families have the freedom to joyously-- and openly-- live a life they love."

I don't usually do promos, but recently a very special singer reached out to me, Wiyaala. She's from the Upper West of Ghana, is well known for standing up for women's rights, and just became the face of the IGNITE! Ghana project - a cultural education project which aims to endorse traditional Ghanaian music and dance culture in schools. Best of all, her voice has a beautiful and mysterious tone that I think you'll enjoy.
Posted by Brian Stout at 10/16/2013 4 comments:

Really nice and unexpected effort by Betty Crocker with "The Families Project," which seeks to understand and showcase the diversity of families in America. Here's a video they put together of their presence at pride parades this year: 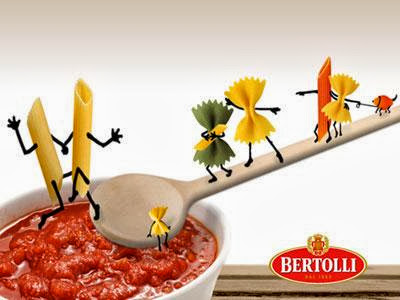 When Guido Barilla, chairman of Italian pasta maker Barilla recently said the other week that he would never feature gay couples in advertising and make offensive remarks about same-sex couples adopting children, a global boycott to dump Barilla began. Bet Stoli was about as happy as this as Toyota was about the BP oil spill in the gulf. We Americans have such short attention spans. But capitalizing on this timing to take a jab at their hateful competitor, Bertolli was quick to respond with this image in their social media outlets, proclaiming "Love and Pasta for All." For more pro-gay pasta alternatives to Barilla, click here.
Posted by Brian Stout at 10/06/2013 1 comment:

And in Salt Lake!