Obama to Speak at HRC Dinner 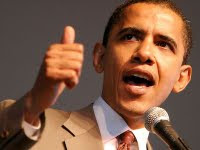 President Obama will speak to a gathering of gay rights activists this weekend, a day before thousands of people are expected to march on Washington in a demonstration calling for greater legal protections for gays, lesbians and transgendered Americans.

Mr. Obama’s appearance on Saturday at the annual dinner for the Human Rights Campaign, a leading gay rights advocacy group, represents a significant show of support for gay rights at a time when many LGBT activists have been questioning his commitment to their issues.