Largest Ever Gay Market Research Study to Launch in 14 Countries 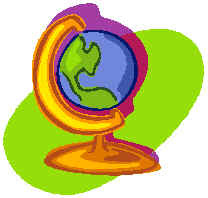 Stretching through 14 countries right across Latin America and Europe, the world's largest gay market research study ever to be undertaken is about to launch.
Developed by Out Now -- a leading specialist global marketing agency -- the new study will survey lesbian, gay, bisexual and transgender (LGBT) people living in fourteen countries. From Mexico's border with Texas right across the world to Israel and to the top of Sweden -- this will be the most comprehensive study of its kind ever to be undertaken.
With an overall population of three quarters of a billion, these regions are home to more than 35 million lesbian and gay people living diverse lives.
It is the first time a gay community targeted market study has been conducted across so many countries at one time.
The countries being surveyed in the '2010 Out Now Global LGBT Market Study' are: in Latin America - Argentina, Brazil, Chile, Ecuador, Mexico, Peru, Uruguay; and, in Europe -- France, Germany, Israel, Italy, Spain, Sweden and the UK.
The study will cover many areas including consumer habits, incomes, education levels, media usage, parenting, relationships, travel, employment, discrimination, equality concerns, aspirations and more.
The research has attracted corporate attention: the European arm is being sponsored by Berlin Tourism Marketing and the Latin American research is being sponsored by Delta Air Lines. In Latin America, the research is also being undertaken in conjunction with GNETWORK360, the region's leading LGBT networking organisation.
Learn more here
Posted by Brian Stout at 2/25/2010